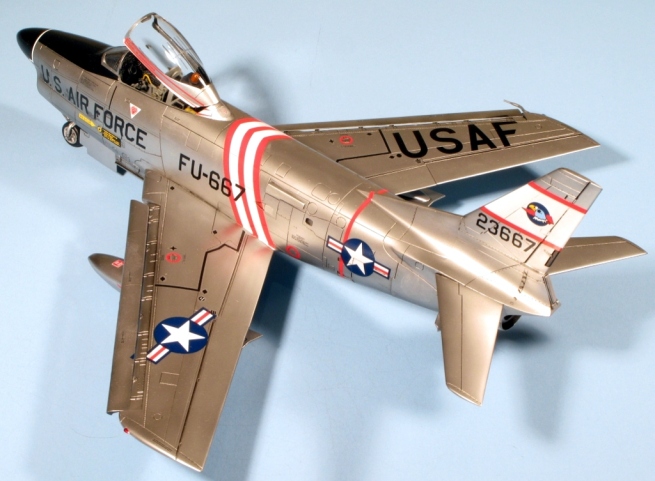 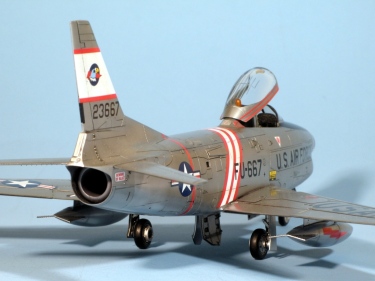 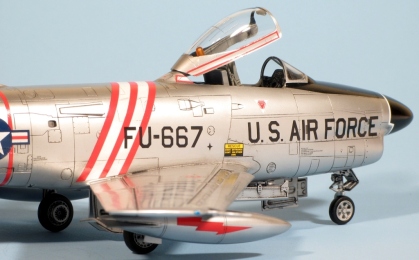 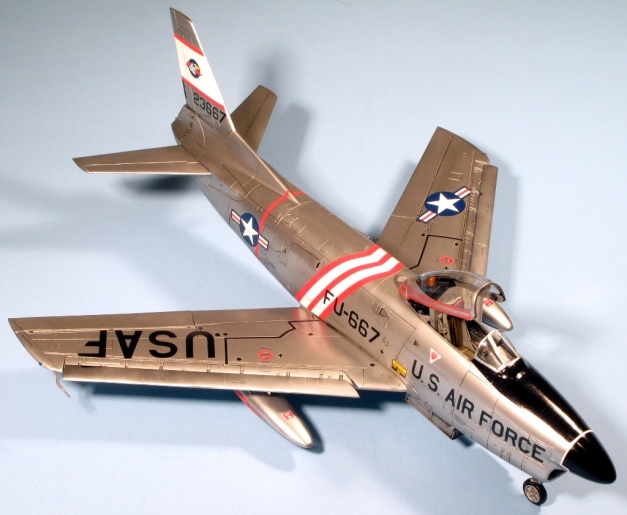 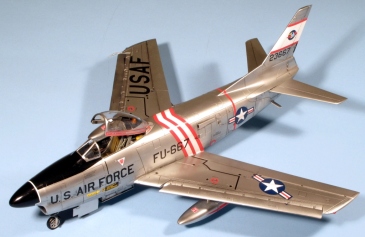 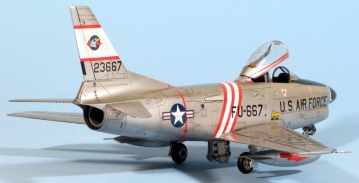 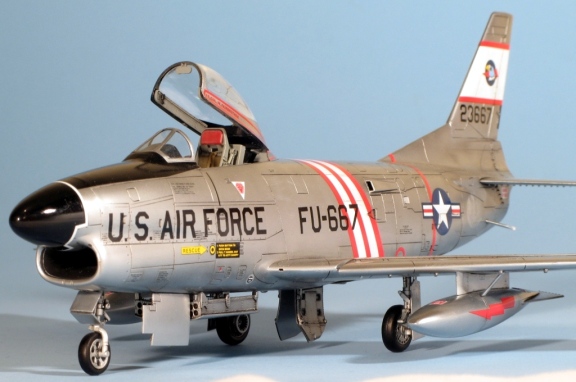 Like their F-15E, the Revell F-86D Sabre Dog is a state of the art kit at a very reasonable price. It fits together extremely well and is highly detailed. I can only fault Revell for one thing, and that is their instructions. Following their guidance I proceeded to install the air intakes on the fuselage rather than the alternative blanking plates. I then realised that this was inappropriate for the USAF markings in the kit, and that the instructions were wrong. (They also neglect to have you install the tail blanking plate.) Having stuck in the wrong component and wanting to model a USAF machine, I was forced to look for alternative decals. On Modeling Madness I found a review of a Superscale sheet that had been released for a late-model F-86D, so I obtained that. They provide some of the best decals I have used, and I highly recommend them. Unfortunately, some ghost seams appeared on the model after I had applied the Alclad II NMF and the decals. I had to apply some Mr Surfacer to the seam and carefully sand it out before reapplying the Alclad on the spine.