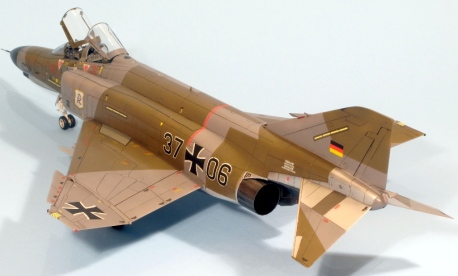 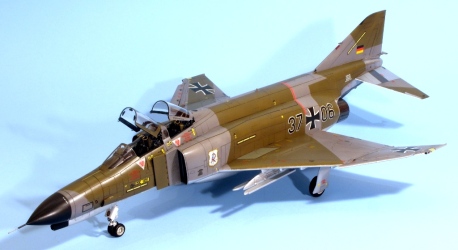 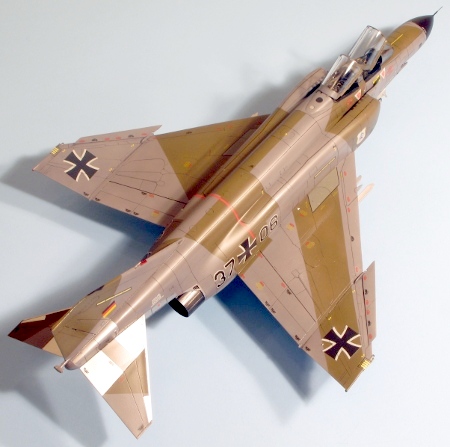 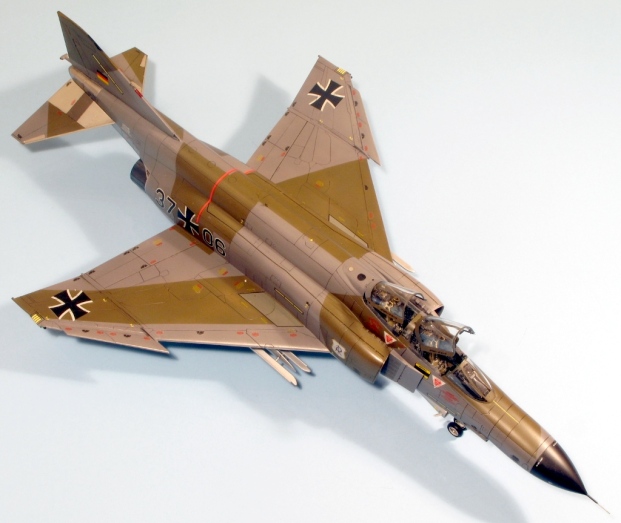 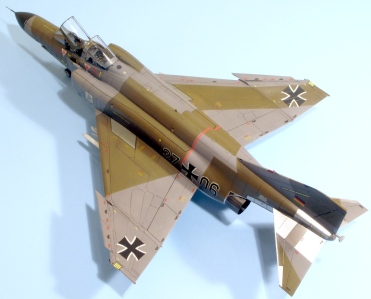 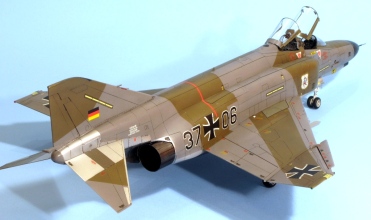 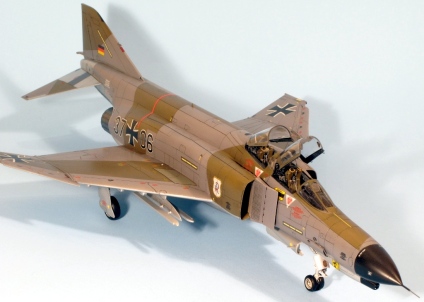 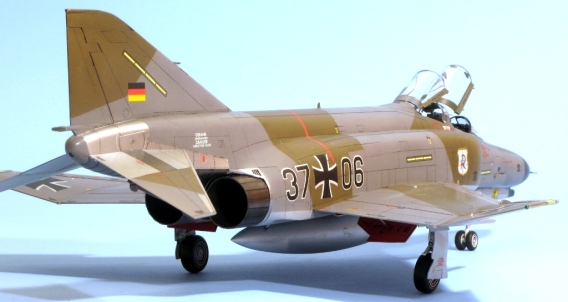 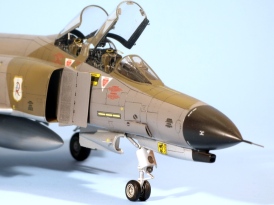 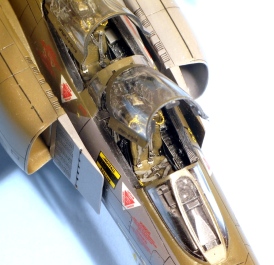 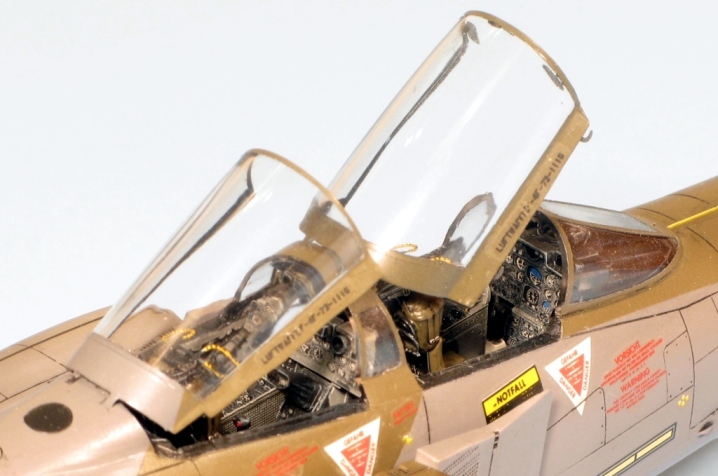 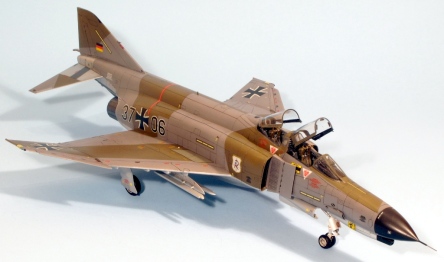 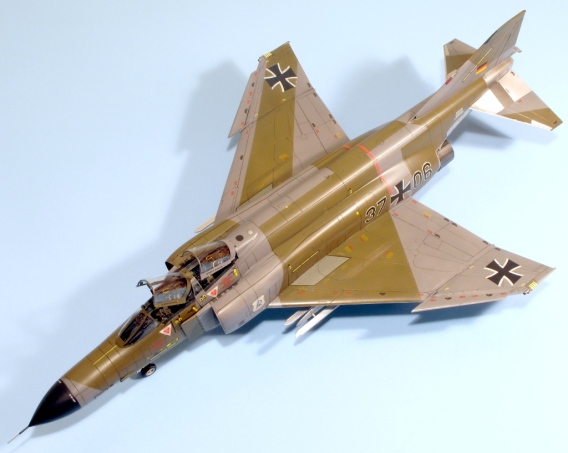 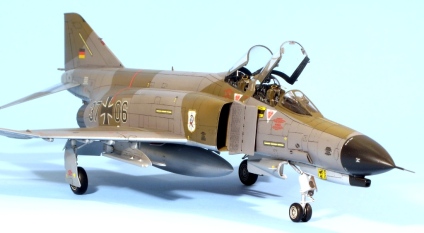 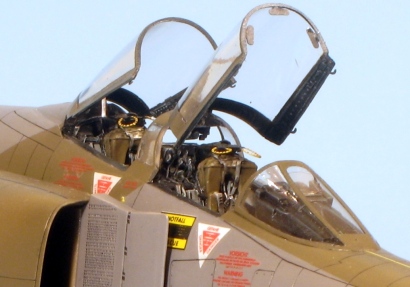 Built alongside my F-4J is this Hasegawa F-4F, also built with an Aires cockpit detail set. Fit of this set was better than with the Navy Phantom, but I’ve no idea why. The kit went together as advertised, probably a bit better than the gunless versions that I’ve built in the past. I replaced the nose pitot with brass tube and wire, a simple change that ensures it is not damaged and can be blended into the nose before painting.

Talking of which, I had to use Xtracolour for the finish as Humbrol don’t seem to make the colours I needed. This is always a negative for me as I find the Xtracolour paints so temperamental. The grey and silver peeled very badly under Tamiya masking tape, despite clean surfaces. Maybe I will try using cellulose thinners instead of white spirit in future, but I am always nervous the strong solvent will damage the plastic. Best solution is to use Humbrol if at all possible!

Now I’m married I was able to use the wife’s (discarded) tights to strain the paint, which led to an improvement in the finish. The markings were very generously supplied by Jason from Malaysia as I actually had the special JG71 boxing but wanted an early Luftwaffe aircraft. These decals unfortunately fragmented very badly when first used. I replaced the underside crosses with some from an old Monogram Sabre and covered the rest of the sheet with Johnson’s Klear. So far so good. However, some of the decals had a white substance crystallise on them when removed from the water. I could not remove this and ended up gently sanding a lot of the decals with Micromesh. Of course, this removed a little of the paint and I had to touch up with a brush. Not good, and the second worst decalling disaster after my Academy Sabre adventure!

I think I salvaged it pretty well in the end and the model stands up well to close scrutiny. I left off some of the finer etched details and got the thing finished. I’m quite looking forward to the other Phantoms in my stash, particularly the F-4E and RF-4B, but there’re a few others in the way first!